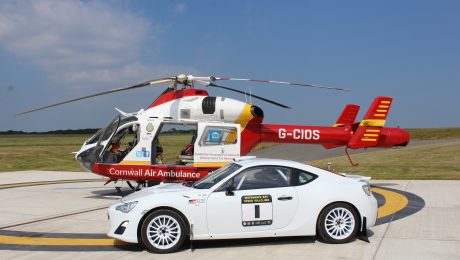 The inaugural Watergate Bay Speed Hillclimb is all set to bring racing fans and competitors from across the UK to Cornwall in September as the ground-breaking motorsport event becomes the first closed public-road Hillclimb to take place in mainland UK.

Organisers Truro and District Motor Club, Newquay Auto Club and Plymouth Motor Club, will ensure local charities benefit from the weekend. One such charity to benefit, is the Cornwall Air Ambulance.

The pioneering service was the very first in the UK over 30 years ago and are currently hard at work raising funds for a “new generation” helicopter in the fleet.

“This is such an amazing launch event and we wish you every success for your inaugural hill climb. Being the first in the UK is something to be incredibly proud of, a history we share, we were the first Air Ambulance in 1987 leading the way for the service in the UK. We now fly more than 800 lifesaving missions each year throughout Cornwall and the Isles of Scilly. As a charity, we rely on donations from events such as this, to fund our vital work, we have also launched our first appeal to bring the next generation helicopter to Cornwall by April 2020. If you are now inspired to join the mission and support Cornwall Air Ambulance, please contact our fundraising team on 01637 889926.”

Located at the seaside resort of Watergate Bay near Newquay, Cornwall,Watergate Bay Speed Hillclimb will see around 100 cars and competitors compete against the clock along the B3276 coast road. Starting just yards from the Atlantic shoreline, the course winds its way up the 720-metre climb in this innovative motorsport weekend. 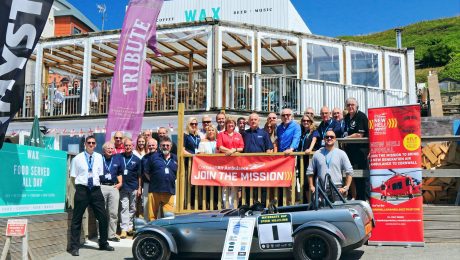 Chairman of the Motor Sports Association (MSA) David Richards CBE, headed to Cornwall at the weekend to meet organisers, supporters and members of the media, officially opening entries to the Watergate Bay Speed Hillclimb on 15/16 September.

Richards, a former chairman of Aston Martin, and former team principal of the BAR and Benetton Formula One racing teams took time out of his busy schedule to officially announce that entries can be submitted from 8pm on Sunday 15th July at a launch event at WAX, Watergate Bay on Saturday (14th July).

Jointly organised by Truro and District Motor Club, Newquay Auto Club and Plymouth Motor Club, Watergate Bay Speed Hillclimb will be the first of it’s kind in the UK since an act of Parliament allowed the suspension of the Road Traffic Act for motorsport events.

“This really is just the start of what we, as a sport, can achieve with the new closed road laws” said Richards. 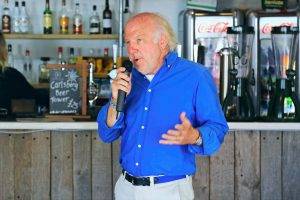 “You only have to look at Britain’s round of the World Rally Championship, Wales Rally GB which will be using closed roads extensively in their route to see what is possible. Its great to see that Truro Motor Club and other South West clubs are paving the way towards what I think will be a revolution for motorsport in this country.

The concept really does take motorsport to people who may have never it before, especially in Cornwall where you are a long way from a racetrack. I wish the organisers the very best for September and I see this being a fixture on the motorsport calendar for many years to come.”

The Hillclimb, is an eagerly awaited motorsport event, nestled in the North Cornish Coast on the B3276 coast road between Newquay and Padstow. The concept has grown significantly in strength and has gained support from a wealth of local businesses with all profits being donated to the Cornwall Air Ambulance and Cornwall Food Foundation. 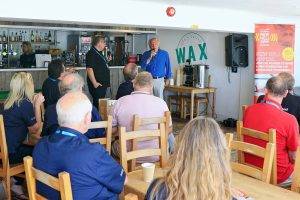 Around 100 competitors on each day are expected to head to the motorsport weekend from across the UK with a wide variety of cars assembling to tackle the 720-metre climb from the Watergate Bay start line towards the finish adjacent to RAF St Mawgan.

Competitors wishing to enter the inaugural Watergate Bay Speed Hillclimb can do so, only at www.watergatebayhillclimb.co.uk

All images courtesy of KHK Media 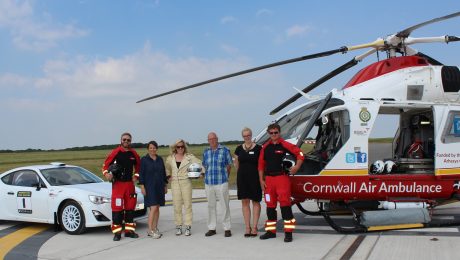 The ground-breaking Watergate Bay Speed Hillclimb will officially launch in Cornwall this week, as the 15/16 September motorsport event will become the first closed public-road Hillclimb to take place in mainland UK.

Located at the seaside resort of Watergate Bay near Newquay, Cornwall, the landmark event will see around 100 cars and competitors compete against the clock along the B3276 coast road. Starting just yards from the Atlantic shoreline, the course winds its way up the 720-metre climb in this innovative motorsport weekend.

Jointly organised by Truro and District Motor Club, Newquay Auto Club and Plymouth Motor Club, Watergate will mark a first for Cornwall and the UK thanks to the passing of a new law in Parliament which enables the suspension of the Road Traffic Act for motorsport events. It will be sanctioned by the Motor Sports Association (MSA) which governs the sport in the UK.

From an idea in 2013 by Truro Motor Club Competition Secretary and now Deputy Event Director of Watergate Bay Hillclimb Dave Brenton, the concept has grown significantly in strength and has gained support from a wealth of local businesses who are keen to see the event become an annual event.

Organisers will also ensure local charities benefit from the weekend, with all profits being donated to the Cornwall Air Ambulance and Cornwall Food Foundation, which includes Jamie Oliver’s apprentice training scheme at the nearby Fifteen restaurant. Representatives from both charities and the organising team gathered recently to officially launch the event.

Since the announcement earlier in the year, competitors from across the UK have been marking their intention to contest the hillclimb and organisers are anticipating a packed entry in September. With a limited number of places available each day, entries will open this weekend and can only be made on the official event website.

“We have been inundated with requests for regulations and entries for several months now so it’s all set to be a momentous event for Cornwall and the UK,” says Deputy Event Director Dave Brenton.

“It has taken many years of planning and we are indebted to the assistance of local businesses, councils and landowners for their support in getting the event off the ground.

There is a thriving motorsport scene in the South West at the moment but Watergate Bay will bring competitors, families and officials from all over the country to the region for the weekend which is great for the local economy and of course our charities.

It’s an exciting time for the sport and we are looking forward to welcoming everyone to Watergate Bay in September”.

Competitors wishing to enter the inaugural Watergate Bay Speed Hillclimb are advised that regulations will be available this week, with entries opening on Sunday at 8pm. They can be made only by visiting www.watergatebayhillclimb.co.uk

Organisers have arranged a media launch event on Saturday 14th July at midday in WAX, Watergate Bay. The event offers the chance to talk to organisers, supporters and sponsors during the afternoon. If you wish to attend, please get in touch with Deputy Event Director Dave Brenton – Tel: 07748 593005 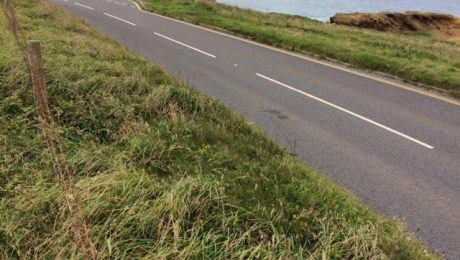 The new Watergate Bay Speed Hillclimb, Cornwall’s only motorsport event on a closed public road, will take place on the weekend of 15/16 September 2018 after receiving approval from the Motor Sports Association (MSA) this week.

Competitors will tackle the course one at a time to try to record the fastest time along a section of the B3276, the picturesque coast road linking Padstow and Newquay. The stretch of road will be temporarily closed to normal road traffic for the duration of the event.

The start of the course will be on the road at Watergate Bay, one of Cornwall’s most popular tourist destinations. On each day of the event, a maximum of 90 cars will be allowed to participate.

Competitors will race in the direction of Newquay, with the breathtakingly beautiful North Cornwall coastline to their right, and cross the finish line 720 metres further up the hill.

The landmark event, which is being jointly organised by Truro and District Motor Club, Newquay Auto Club and Plymouth Motor Club, has been made possible by the passing of a new law that allows local motor clubs to apply for permission to temporarily close public roads and suspend the Road Traffic Act in order to host motorsport events.

It’s the first closed-road hillclimb to receive approval from the MSA, which governs four-wheeled motorsport in the United Kingdom, and the third closed-road event in all.

All profits from the inaugural running of the event will be donated to the Cornwall Air Ambulance and the Cornwall Food Foundation, which includes Jamie Oliver’s apprentice training scheme at Watergate Bay’s Fifteen restaurant.

The original idea for the event was put forward by Dave Brenton, who is Competition Secretary at Truro Motor Club and also Deputy Event Director for the Watergate Bay Speed Hillclimb. In 2013 he first wrote a letter outlining his proposal to the Watergate Bay Hotel, which is adjacent to the start of the new course, and received the full support of the luxury hotel from the outset.

Dave Brenton: “We’ve had great help over the past five years from Ian Davis, the MSA’s Regional, Rallies and Cross Country Executive, and excellent support for the event from local businesses and landowners. We hope the event will provide a real end-of-tourist-season boost to the local economy.”

The three organising clubs have almost completed the task of putting together a committee to run the Watergate Bay Speed Hillclimb,